Print plays a vitally important role in the performance of the UK’s national economy.

In a changing media environment, the scale, diversity and strength of Print is unprecedented and the British Print Industry want this to remain at the forefront of Government and other industries’ minds.

Using data from a wide range of official sources, the printing industries champion, the British Printing Industries Federation (BPIF) has updated and republished UK Printing – The Facts and Figures. 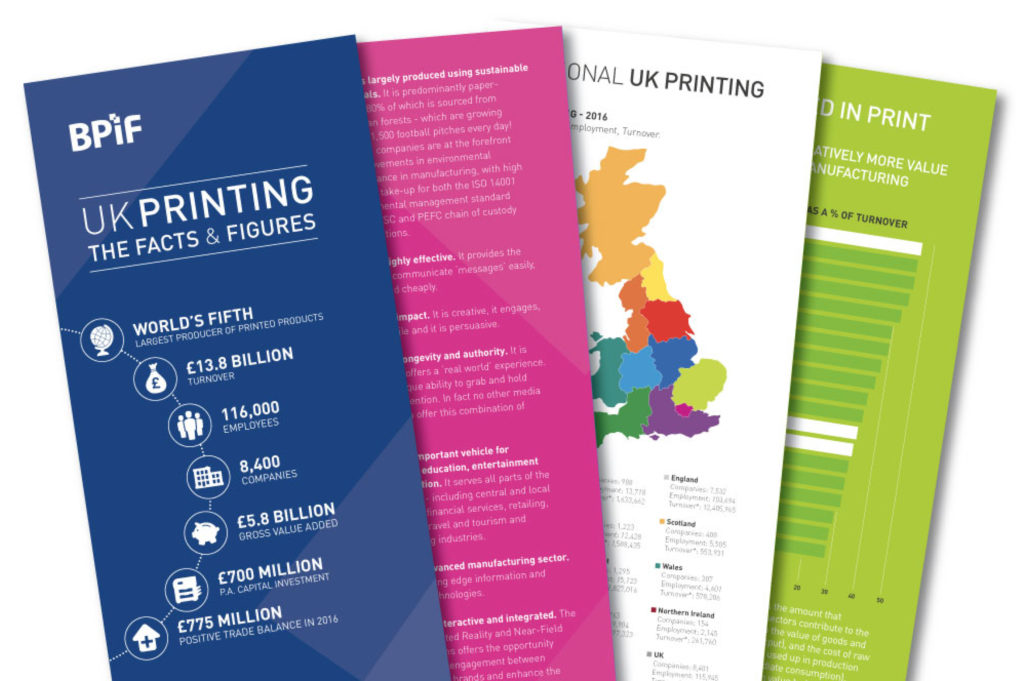 DID YOU KNOW THE UK PRINT SECTOR…

You are welcome to download a copy to learn more about the industry and the vitally important role print plays in today’s national economy.  It also highlights the effectiveness and sustainability of print as a modern communications medium.